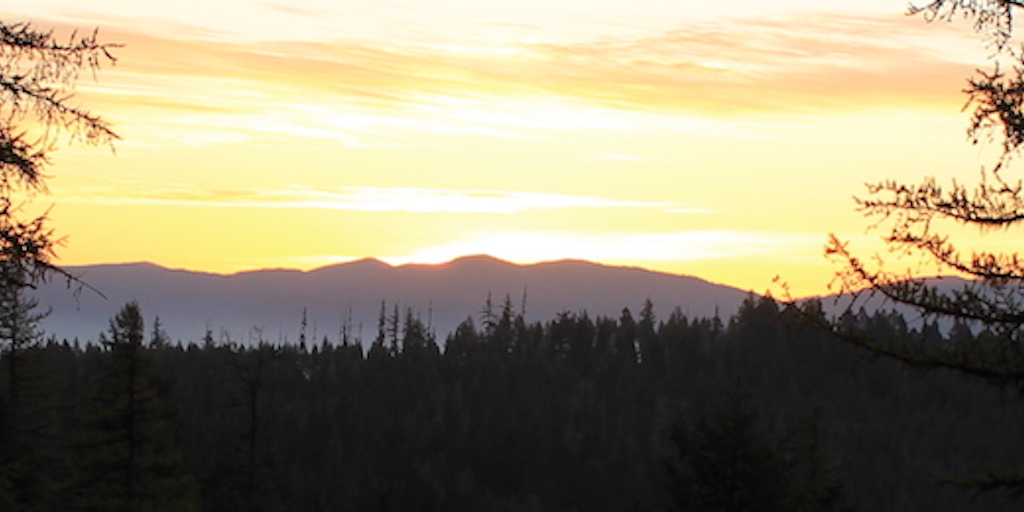 Some are funny, some are poignant, and some are inspirational, but all the entries on this list of the best hunting quotes help explain the complicated subject of hunting in their own way.

Every hunter knows that there is far more to the act of hunting than merely going afield and killing game. While some people do a better job of explaining this than others, describing the many feelings and emotions involved with hunting is a challenging task. Fortunately, some incredibly eloquent wordsmiths have come before us and put their wisdom onto paper. I’ve collected some of the best hunting quotes that I feel do the finest job of articulating the mixture of beauty, sorrow, amazement, and joy that we all encounter when we go afield.

Some of the best hunting quotes are excerpts from great hunting books. Others are just bits of knowledge shared by an individual who had a knack for certain way with words. Regardless of where they come from, if you read them carefully and take some time to digest the sentiments they convey, these hunting quotes will speak to your soul.

We’ll start off with a few classic hunting quotes that explore the reasons why people hunt as well as the difference between “hunting” and “killing.”

To sum up, one does not hunt in order to kill; on the contrary, one kills in order to have hunted. If one were to present the sportsman with the death of the animal as a gift he would refuse it. What he is after is having to win it, to conquer the surly brute through his own effort and skill with all the extras that this carries with it: the immersion in the countryside, the healthfulness of the exercise, the distraction from his job.
– Jose Ortega y Gasset (Meditations on Hunting)

Go afield with a good attitude, with respect for the wildlife you hunt and for the forest and fields in which you walk. Immerse yourself in the outdoor experience. It will cleanse your soul and make you a better person.
-Fred Bear

Hunting is the noblest sport yet devised by the hand of man. There were mighty hunters in the Bible, and all the caves where the cave men lived are full of carvings of assorted game the head of the house drug home. If you hunt to eat, or hunt for sport for something fine, something that will make you proud, and make you remember every single detail of the day you found him and shot him, that is good too. But if there’s one thing I despise it’s a killer, some blood-crazy idiot that just goes around bam-bamming at everything he sees. A man who takes pleasure in death just for death’s sake is rotten somewhere inside, and you’ll find him doing things later on in life that’ll prove it.
-Robert Ruark (The Old Man and the Boy)

Now then, get your equipment–your quiver and bow–and go out to the open country to hunt some wild game for me.
-Genesis 27:3

I went to the woods because I wished to live deliberately, to front only the essential facts of life, and see if I could not learn what it had to teach, and not, when I came to die, discover that I had not lived.
-Henry David Thoreau

Maybe stalking the woods is as vital to the human condition as playing music or putting words to paper. Maybe hunting has as much of a claim on our civilized selves as anything else. After all, the earliest forms of representational art reflect hunters and prey. While the arts were making us spiritually viable, hunting did the heavy lifting of not only keeping us alive, but inspiring us. To abhor hunting is to hate the place from which you came, which is akin to hating yourself in some distant, abstract way.
-Steven Rinella (Meat Eater: Adventures from the Life of an American Hunter)

If some animals are good at hunting and others are suitable for hunting, then the Gods must clearly smile on hunting.
-Aristotle

Death by violence, death by cold, death by starvation, – these are the normal endings of the stately and beautiful creatures of the wilderness. The sentimentalists who prattle about the peaceful life of nature do not realize its utter mercilessness;…Life is hard and cruel for all the lower creatures, and for man also in what the sentimentalists call a “state of nature.”
-Theodore Roosevelt (African Game Trails)

These next few hunting quotes deal with hunting ethics, trophy hunting, and how to define a “successful” hunt.

If there is a sacred moment in the ethical pursuit of game, it is the moment you release the arrow or touch off the fatal shot.
-Jim Posewitz (Beyond Fair Chase)

A peculiar virtue in wildlife ethics is that the hunter ordinarily has no gallery to applaud or disapprove of his conduct. Whatever his acts, they are dictated by his own conscience, rather than that of onlookers. It is difficult to exaggerate the importance of this fact.
-Aldo Leopold (A Sand County Almanac)

The true trophy hunter is a self-disciplined perfectionist seeking a single animal, the ancient patriarch well past his prime that is often an outcast from his own kind… If successful, he will enshrine the trophy in a place of honor. This is a more noble and fitting end than dying on some lost and lonely ledge where the scavengers will pick his bones, and his magnificent horns will weather away and be lost forever.
-Elgin Gates (Trophy Hunter In Asia)

A hunt based only on trophies taken falls far short of what the ultimate goal should be . . . time to commune with your inner soul as you share the outdoors with the birds, animals, and fish that live there.
-Fred Bear

I did not mind killing anything, any animal, if I killed it cleanly, they all had to die and my interference with the nightly and the seasonal killing that went on all the time was very minute and I had no guilty feeling at all. We ate the meat and kept the hides and horns.
-Ernest Hemingway (Green Hills Of Africa)

Hunting and conservation are closely linked and the marriage of these two seemingly opposed activities forms the foundation of the North American Model of Wildlife Conservation. The following hunting quotes help explain why this is true.

A true conservationist is a man who knows that the world is not given by his fathers, but borrowed from his children.

In a civilized and cultivated country wild animals only continue to exist at all when preserved by sportsmen. The excellent people who protest against all hunting, and consider sportsmen as enemies of wild life, are ignorant of the fact that in reality the genuine sportsman is by all odds the most important factor in keeping the larger and more valuable wild creatures from total extermination.

While hunting is indeed a serious undertaking requiring maturity, responsibility, and respect from those who partake in it, hunting is also supposed to be fun. So, I’d be remiss if I didn’t include a few funny hunting quotes as well.

The old man used to say that the best part of hunting and fishing was the thinking about going and the talking about it after you got back.
-Robert Ruark (The Old Man and the Boy)

Do not tell fish stories where the people know you; but particularly, don’t tell them where they know the fish.
-Mark Twain

A duck call in the hands of the unskilled is one of conservation’s greatest assets.
-Nash Buckingham (De Shootinest Gent’man & Other Tales)

These last couple hunting quotes take us a full circle back to where we began by exploring the urge to hunt that is buried deep within all of us with a few inspirational quotes.

I don’t know what there is about buffalo that frightens me so. Lions and leopard and rhinos excite me but don’t frighten me. But that buff is so big and mean and ugly and hard to stop, and vindictive and cruel and surly and ornery. He looks like he hates you personally. He looks like you owe him money. He looks like he is hunting you. -Robert Ruark (Horn of the Hunter)

The chase is among the best of all national pastimes; it cultivates that vigorous manliness for the lack of which in a nation, as in an individual, the possession of no other qualities can possibly atone. -Theodore Roosevelt (The Wilderness Hunter)

When done under the rules of good sportsmanship, duck hunting is a culmination of art, skill and scientific endeavor. It is also an act of love, for who loves the birds more than the hunter?
-Bob Hinman (The Duck Hunter’s Handbook Handbook)

When he was young, I told Dale Jr. that hunting and racing are a lot alike. Holding that steering wheel and holding that rifle both mean you better be responsible.
-Dale Earnhardt

The hunter’s horn sounds early for some, later for others. For some unfortunates, poisoned by city sidewalks and sentenced to a cement jungle more horrifying than anything to be found in Tanganyika, the horn of the hunter never winds at all. But deep in the guts of most men is buried the involuntary response to the hunter’s horn, a prickle of the nape hairs, an acceleration of the pulse, an atavistic memory of his fathers, who killed first with stone, and then with club, and then with spear, and then with bow, and then with gun, and finally with formulae.
-Robert Ruark (Horn of the Hunter)

What do you think of my choices for the best hunting quotes? Were there any I missed? What is your favorite hunting quote?