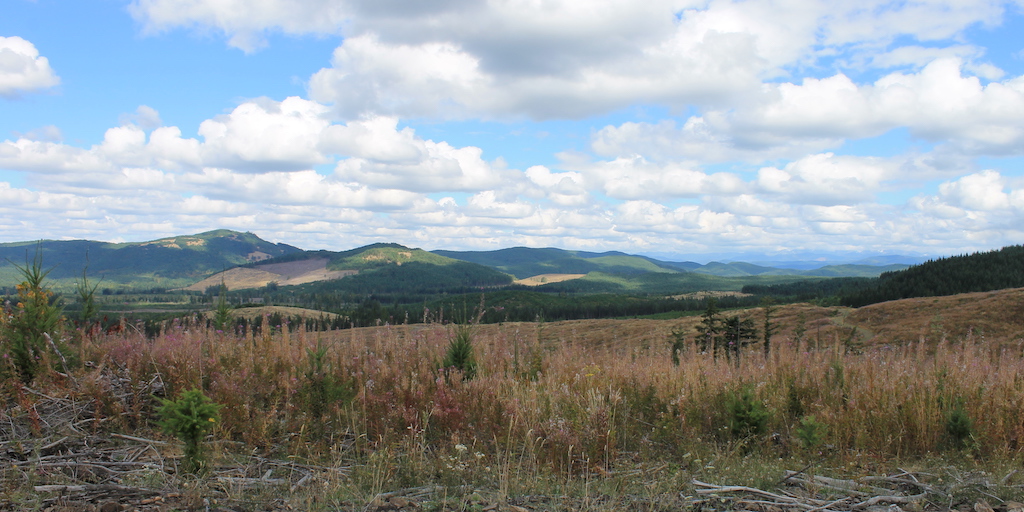 Ethics are a set of moral principles that guide a person’s behavior. So, the term hunting ethics specifically refers to a code of conduct that hunters should abide by. Now, ethics vary from person to person, so not everyone will agree all the time on what is considered ethical hunting and what is not (and that’s ok).

Since hunters make up a relatively small percentage of the population, there is no question that hunters should stick together. On the other hand, we cannot excuse bad behavior within the hunting community. Far too often you hear stories in the news these days about the actions of unethical hunters and these stories only give anti-hunters even more ammunition to use against us. For this reason, we must “self-police” our ranks before someone else decides to step in and do it for us. So with all that in mind, here are 6 hunting ethics that every new hunter should know.

A peculiar virtue in wildlife ethics is that the hunter ordinarily has no gallery to applaud or disapprove of his conduct. Whatever his acts, they are dictated by his own conscience, rather than that of onlookers. It is difficult to exaggerate the importance of this fact. -Aldo Leopold

First and foremost, we must ensure that we are behaving in compliance with all current hunting rules and regulations. Hunting out of season, using another person’s property without permission, and exceeding bag limits are all examples of behavior that are both illegal and unethical. This sort of behavior has no place in the outdoor community and should not be tolerated by ethical hunters.

Yes, it is true that there are some things that are legal, but not necessarily ethical. However, I submit that you cannot be behaving ethically while breaking the law. So, while merely obeying the law is not enough to be ethical, it is the foundation of hunting ethics.

As a responsible hunter, you owe it to the animal to use a weapon powerful enough to cleanly kill whatever species that you are pursuing. This goes above and beyond doing what is legal and includes using ammunition or arrows appropriate for the animal. You must do everything in your power to ensure that you quickly kill your target with as little pain and suffering as possible, and that begins with using a tool that is powerful enough for the task at hand.

Additionally, not only must your tools be up to the task, but you must be proficient in your skills as well. It does no good to be using an extremely powerful rifle if you cannot reliably hit your target with it. In fact, as long as it is powerful enough to cleanly kill the animal you are hunting, it may actually be best to use a slightly less powerful weapon in order to ensure that you can place your shots properly and reliably. The absolute last thing an ethical hunter wants is to wound an animal and have it suffer unnecessarily.

Take Shots At A Reasonable Range

As technology has advanced, it has become much easier to successfully hit targets at long range. However, even if you are a skilled marksman using a premium gun or bow, I caution against taking extreme long range shots on an animal when hunting. “Long range” is a flexible term that really depends on the weapon and the conditions it is used under, so I’m not going to say that shooting past any particular range is unethical.

However, I will say that it is your duty as an ethical hunter to get as close to your target as possible before shooting. Not only does that line up with the tenet of fair chase we’ll discuss in later, but it also increases your chances of making a good shot. The further you are from the animal when you shoot, the higher the odds are of something out of your control (such as the wind or even the animal moving) can cause your shot to miss, or worse, wound the animal, even if the shot was otherwise perfect.

This is a touchy subject, but I think the Boone & Crockett Club has a pretty reasonable stance on long range hunting:

The Boone and Crockett Club believes the term “long-range” shooting is more defined by a hunter’s intent, than any specific distance at which a shot is taken.  If the intent of the individual is to test equipment and determine how far one can shoot to hit a live target and if there is no motivation to risk engagement with the animal being hunted, this practice is not hunting and should not be accorded the same status as hunting.

Let me put it this way: when you pull the trigger or release an arrow, you should be almost completely certain you are going to hit and kill the animal you’re aiming at. You should not take a shot to find out if you can hit an animal. If there is any doubt in your mind that you’re going to hit the animal you are shooting at, then you should not take the shot. If you are surprised that you hit the animal with a shot, you were shooting from too far away.

Note that this only applies to an initial shot at an unwounded animal. If you wound an animal with your first shot, then you owe it to the animal to take as many follow-up shots as necessary to bring it down. This sometimes means doing things that are unacceptable for an initial shot like shooting at a running animal, shooting at longer than usual ranges, or taking shots when the orientation of the animal is not ideal.

Basically, be nice to others and treat them as you want to be treated. Do not trespass, do not litter, and be courteous to anyone you encounter in the woods (even that other hunter who got to “your” spot before you did). If you’re hunting on property that belongs to someone else, obey any rules they established for using their property and take the time to thank them for allowing you to use their land.

If you kill an animal, discreetly transport it to your home or to a meat processing facility as quickly as possible. This is partly out of respect for the animal and to ensure that you lose as little of the meat to spoilage as possible, but there is also an element of respect to others at play here as well. After all, not everyone wants to see a dead deer, so don’t put it on display for the world. Like it or not, you’re an ambassador for the hunting community to everyone you meet, so make sure you act the part.

Practice The Principles Of Fair Chase

Practicing fair chase hunting is a key tenet of being an ethical hunter. Put simply, fair chase is the pursuit of an animal in such a way that does not give the hunter an unfair advantage. In his book Beyond Fair Chase: The Ethic and Tradition of Hunting

Fundamental to ethical hunting is the idea of fair chase. This concept addresses the balance between the hunter and the hunted. It is a balance that allows hunters to occasionally succeed while animals generally avoid being taken.

For instance, most hunters would agree that shooting a caged, tied up, or drugged animal are examples of hunting practices that violate the principles of fair chase. However, judging fair chase is not always that simple. What about shooting a deer in a 5,000 acre enclosure? Depending on the area, it is very possible to hunt a 5,000 acre piece of land and never see a single deer, even if the whole property is high fenced.

When trying to decide if a specific hunting practice is fair chase, ask yourself the following questions: Does the animal have a reasonable chance of escaping? Is this practice respectful to the animal? Is this practice in line with established local norms? If the answer to those questions is “yes”, then it is probably in line with the principles of fair chase. If the answer is “no”, then the activity may be better described as a canned shoot than a hunt.

Fully Use The Animal

This tenet of hunting ethics goes hand in hand with the previous point about respecting the animal you’re hunting. Contrary to what many anti-hunters believe, there is nothing wrong with “trophy hunting.” However, this is true only if you use of as much of the animal as possible.

First, you need to make every effort to find any game you might have wounded. Then once you find the animal, you should take all edible portions of meat from your trophy. I’ve got a few trophies hanging on my wall that I’m particularly proud of, but I also ate every single one of those animals. This ethical practice also extends to making every effort to find and recover a wounded animal.

This tenet of ethical hunting may be especially tempting to let slide when hunting in the back country. For instance, if a hunter shoots a really big elk, but has to pack it out on his or her back for several miles, it is very tempting to take the trophy, but leave some (or all) of the meat out in the woods. Nobody else may ever find out about it, but it is still unethical behavior and should not be tolerated.

It’s not enough to just talk a good game when it comes to hunting ethics and we must practice what we preach even when nobody else is looking. I’d submit that most hunters truly know what’s right and what’s wrong, but it’s not always easy to do the right thing. It can be even harder to deal with fellow hunters who are behaving unethically and making the rest of us look bad. So, make sure you are doing your part to portray the hunting community in a positive light by keeping the tenets of ethical hunting in mind when you’re afield. At the same time, don’t give your buddy a free pass if he’s behaving in a clearly unethical manner.

Some people are just better at explaining this stuff than others. To see what some pretty eloquent wordsmiths have to say about hunting ethics, check out these two other articles:

NEXT: ONE MAN’S ATTEMPT AT EXPLAINING HUNTING TO NON-HUNTERS