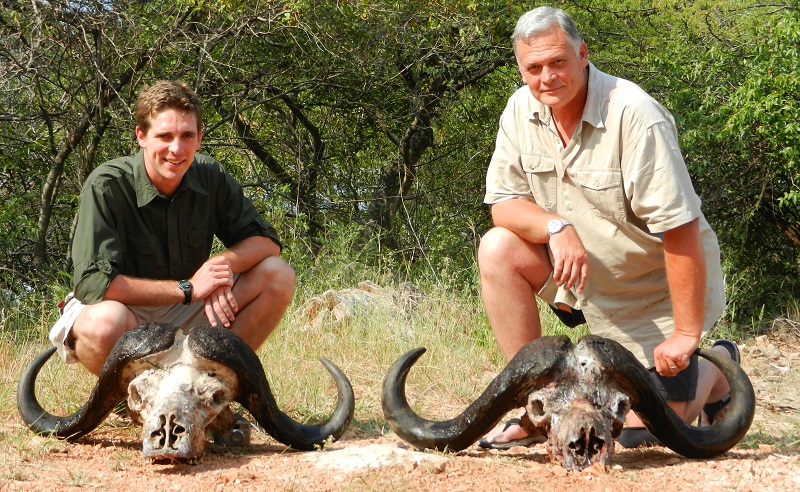 Keep reading to learn all about trophy hunting and why it is not as bad as some people say it is.

What Is Trophy Hunting?

Put simply, trophy hunting is the careful and selective hunting of a particular wild game animal, usually because that particular animal has a desirable characteristic, such as large antlers/horns and/or a distinctive hide. Most hunters then keep the trophy, be it the hide and/or the antlers/horns of the animal, and preserve them as some sort of memento of the hunt.

This helps memorialize the memory of the hunt (and all of the experiences that went along with it) for the hunter. However, it also preserves the beauty and majesty of the animal, which lasts much longer and can be enjoyed by many more people in a trophy room or museum than it would in the wild.

Normally, trophy hunters target older animals that may be past breeding age, or at least are old enough to have had a chance to pass their genes along. Especially in the case of the very old animals that are often pursued by trophy hunters, they may be so old that they would not have survived the next winter or dry season, dying of exposure or starvation instead. The great hunter Elgin Gates said it best in his description of trophy hunters:

On the surface, it would appear that a trophy hunter is only interested in the actual “trophy” of the animal. This is a common misconception that is reflected in comments like “I’m okay with hunting for meat, but I think trophy hunting is wrong,” which are made by hunters and non-hunters alike.

Comments like this help perpetuate the myth that trophy hunters are interested only in hunting for an animal’s trophy. In fact, to hear some people talk, you would think that trophy hunters will shoot a big animal for its trophy, take some photographs, then cut the head off the animal and set the carcass on fire. This could not be further from the truth.

Hunting for meat and hunting for a trophy are not mutually exclusive: a hunter can shoot a buck with an impressive rack of antlers and still use the meat. In fact, failing to utilize as much of the edible meat of an animal possible is illegal in most jurisdictions of the United States, not to mention unethical as well.

All true trophy hunters fully utilize the meat, as well as the trophy, from all animals they hunt. Even the meat obtained from a buffalo or elephant trophy hunted in Africa is not wasted: the meat that is not consumed by the hunters in camp is given to the people in nearby villages, where it is eaten with much gusto.

I do not begrudge any hunter for hunting primarily for meat and not hunting for a trophy. There is absolutely nothing wrong with meat hunting, and I’ve done a fair bit of that myself over the years. I also agree that a “hunter” who shoots an animal just for the trophy and lets the meat go to waste is not worthy of being called a hunter and is an embarrassment to the rest of us.

That being said, I do not enjoy watching hunters fight with each other over the subject. You don’t want to trophy hunt? No problem, it’s a free country and nobody is making you.

However, don’t turn around and criticize another person for trophy hunting. The decision to trophy hunt, just like the decision to meat hunt, is a personal decision and there is nothing wrong with doing either one, as long as the hunter follows all laws and regulations, utilizes as much of the animal as possible, and treats the animal with dignity and respect.

For a more detailed discussion on hunting ethics, read this article:

Why Trophy Hunting Is Actually A Good Thing

The fact of the matter is that there is big money involved in trophy hunting. Hunters will pay a lot of money to shoot a large trophy animal and that money goes towards supporting conservation in the United States and all around the world. Not only does that money from trophy hunting help fund conservation efforts, but it also provides a significant boost to the local economies near where the trophy hunting takes place. Additionally, hunting is conservation because it provides a monetary incentive to preserve wildlife habitat instead of developing it. Unfortunately (as good as wild game meat tastes) people are not willing to spend nearly as much to hunt an animal only for the meat as they would to go on a trophy hunt.

Trophy hunting is the primary reason why Tanzania has large, robust populations of wild game, and neighboring Kenya (which has banned hunting since 1977) has much smaller populations of game. Trophy hunting is how the populations of animals such as the Scimitar Horned Oryx, Addax, and Dama Gazelle, which are hunted on game ranches in the United States, have flourished to the degree that animals captive bred on game ranches are being reintroduced into their wild habitat in Africa, where they are critically endangered. Though these are just a couple of examples of the tangible benefits of trophy hunting, the list goes on and on.

Like I said earlier: there is nothing wrong with not wanting to partake in trophy hunting, and I don’t have any beef with people who prefer to hunt for other reasons (or not hunt at all). All I’m trying to do here is provide information to correct some of the most common misconceptions about trophy hunting and explain some of the benefits of it. So the next time you hear someone start to bash trophy hunting, keep some of these points in mind and help set the record straight: trophy hunters only partake in ethical, fair chase hunting, trophy hunters use all the edible meat from their animals, and trophy hunting provides real, tangible benefits to conservation efforts.

To see what some pretty eloquent writers have to say about this sort of stuff, check out these two other articles:

NEXT: ONE MAN’S ATTEMPT AT EXPLAINING HUNTING TO NON-HUNTERS

2 thoughts on “What Is Trophy Hunting?”