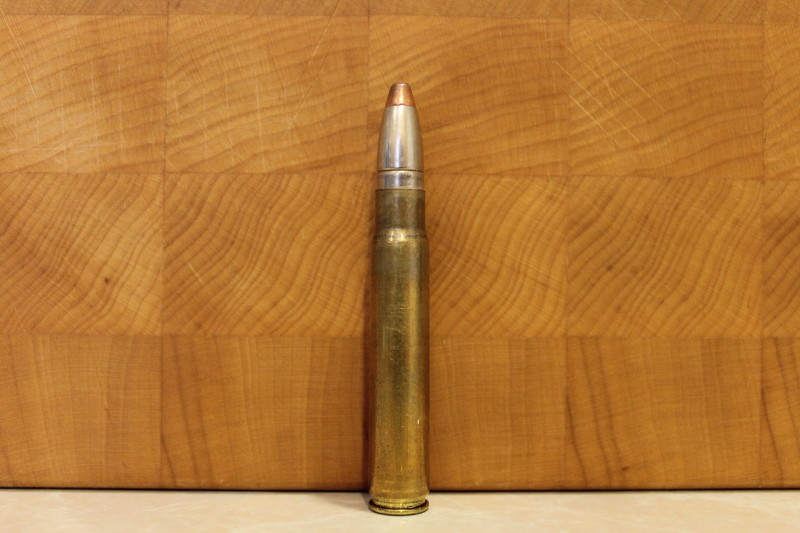 Read on to learn all about the RWS H-Mantel.

Produced by RWS (Rhinelandic-Westphalian Explosives Aktiengesellschaft), a German ammunition company also known for manufacturing air rifle and rimfire ammunition, the H-Mantel bullet is an innovative design built to excel in a wide variety of hunting situations. The H-Mantel is designed to perform well on a broad range of animals ranging from the dainty roe deer to the massive Eurasian Elk (moose) and everything in between. The H-Mantel is extremely popular in Europe and has an excellent reputation among those in the United States who are familiar with it. However, the bullet is expensive and difficult to find on this side of the Atlantic, which is the primary reason why so many Americans have never heard of it.

Since hunters in Europe often pursue a wide variety of game such as Roe Deer, wild boar, wolves, fallow deer, red deer, moose, and European brown bear, RWS decided to build a single bullet that would work well on most, if not all, of the animals that a hunter might encounter in the forests of Europe. This would alleviate the need to carry multiple bullet types or rifles chambered in different cartridges. In order to do this, they needed to create a bullet that would rapidly fragment and release a lot of kinetic energy into the animal, but still offer very deep and consistent penetration. Introduced by RWS in 1934 (a full 12 years before John Nosler’s famous encounter with a moose), the H-Mantel was designed to fill this need and was among the first controlled expansion bullets mass produced.

The H-Mantel was designed with two cores separated by an “H” crimp in the jacket near the middle (hence the name). The front core consists of very soft lead surrounded by a thin jacket for rapid fragmentation. The rear core is much harder and has a significantly thicket jacket to ensure that it maintains its shape and is able to penetrate deep enough to reach the vitals and exit the animal.

The designers of the H-Mantel placed a premium on ensuring that the rear core would always exit the animal, regardless of shot placement or what bones it encountered. Since the rear core is basically cylindrical in shape and is designed specifically not to expand or deform, it typically leaves a clean cut, circular hole in the hide where it exits. Older versions of the H-Mantel (like the .32 caliber bullet above) featured a sharp cutting shoulder on the jacket. This ensured that the bullet would cut the hair and hide of the animal, as opposed to just pushing them out of the way. These features ensured that the bullet did not ruin the hide by leaving a massive exit hole, like some high velocity, rapidly expanding bullets are known to do. At the same time, this ensured that both the entrance and exit holes bleed freely to make trailing the animal easier.

The H-Mantel quickly gained a reputation as a potent bullet on both large and small game. As designed, the front core would rapidly fragment after penetrating a couple of inches, typically as the bullet reached the vitals of the animal, causing massive damage to the heart and lungs. However, the rear core would continue to penetrate and virtually always exit the animal. Since the bullet would would usually exit, and since both the entrance and exit wounds would typically be very clean cut, the animal would leave a very visible blood trail on the rare occasion where it animal did not drop at the shot.

Since then, RWS has revised the bullet several times, but the basics of the design have remained unchanged. The most recent iteration of the H-Mantel no longer has an exposed soft point or a cutting shoulder built into the jacket. Instead, there is a soft copper tip covering a hollow cavity in the bullet that improves the ballistic coefficient of the bullet while at the same time ensuring more rapid and consistent fragmentation.

I’ve personally done a lot of hunting with both the older and the more modern variants of the H-Mantel and I’ve had great success with both types. The H-Mantle is among the most accurate hunting rounds I’ve ever shot and I’ve never had a batch that shoots a group size greater than 1″ at 100 yards. Most of the time, the H-Mantle produces groups ~.75″ in size, depending on the caliber and rifle I’m shooting.

I’ve shot white-tailed deer, feral hogs, a black bear, a hybrid sheep, an impala, and a zebra with H-Mantel bullets. In every case, the H-Mantel worked exactly as advertised. Several of the animals dropped at the shot and the ones that didn’t left a very visible and easy to follow blood trail. Every single bullet exited, even after penetrating in excess of 3 feet and punching through thick bones in the case of my bear and zebra. I have never recovered a single H-Mantel bullet and I don’t expect I ever will.

Though the H-Mantel does offer consistent and deep penetration on large game, I would be cautious about shooting extremely large game with it. Though the H-Mantel works well on animals such as kudu, zebra, red deer, and elk, I would be cautious about using an H-Mantel on a moose or an eland. The H-Mantel will likely perform well, but there is not much room for error and I would not count on the bullet being able to penetrate the shoulder of an eland. Under no circumstances would I recommend using the H-Mantel on thick-skinned dangerous game such as Cape Buffalo, hippopotamus, or elephant. That being said, I cannot think of a better bullet for use on leopard or lion than the H-Mantel.

Unfortunately, the biggest problem with H-Mantel bullets is that they are extremely difficult to find and very expensive when they are available. Though RWS manufacturers the H-Mantel in calibers popular in both Europe and the United States such as .270 Winchester, 7mm Mauser, .30-06 Springfield, and 8mm Mauser, they do not typically distribute their ammunition in large quantities outside of Europe.

However, every now and then some H-Mantel bullets will show up in a gun store or on one of the online auction sites. When they do, loaded cartridges with H-Mantel bullets usually sell for more than $2 apiece and in excess of $1 each for just the bullets. Even at those prices, you’ve got to act fast and snatch them up while they are available. Not many Americans are familiar with the H-Mantel, but those that are absolutely love it and quickly buy the bullets when they can find them.

Even though it was first introduced over 80 years ago, there are very few bullets that can equal the H-Mantel in performance on thin skinned game. If you manage to find a batch of H-Mantels in your favorite caliber, I advise you to buy them and try them out. I’m certain that you will find the H-Mantel to be well worth the money that you spend on it.