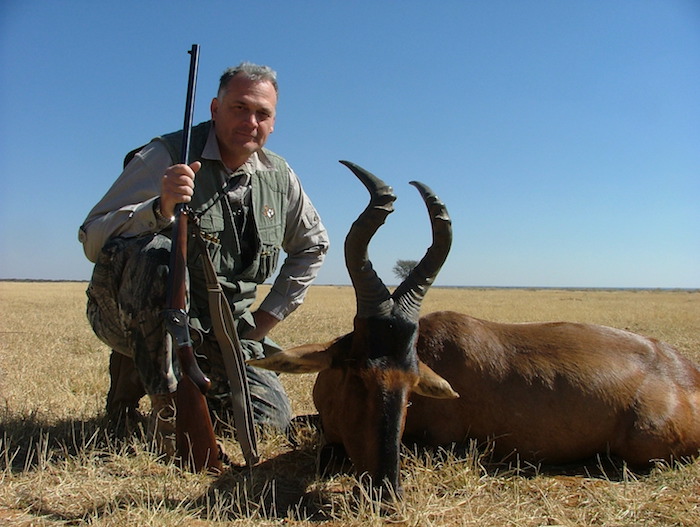 Keep reading to learn about the history and recommended uses of the .50-110 Winchester.

Today I’ll discuss a relatively unsung, yet still capable cartridge that just arrived too late to achieve fame in taming the American west: the .50-110 Winchester. Similar to its little brother, the .45-70, the .50-110 Winchester began life as a black powder cartridge and fires big bullets at a slow to moderate velocity. Though the .50-110 may have fallen out of favor in comparison to newer, high velocity cartridges, it still delivers bone crushing power and was one of the most powerful cartridges in North America when first introduced.

When John Moses Browning designed the Winchester Model 1886 rifle, he intended to create a rifle capable of handling the largest and most powerful cartridges available at the time. He was wildly successful in this regard and the venerable Model 1886 quickly earned a reputation as a stellar rifle for potent cartridges like the .45-70 Government and .40-82 Winchester.

Shortly after Winchester released the Model 1886, they rolled out the .50-110 Winchester cartridge. First introduced in 1887, the .50-110 Winchester (also known as the .50-110-300), used the same nomenclature as similar cartridges of the day and fired a 300gr, .50 caliber bullet on top of 110 grains of black powder. The original black powder load propelled the cast lead bullet at about 1,600fps (1,720 foot pounds of energy), which was one of the most powerful loads available at the time. Winchester later released a high velocity 300gr load using smokeless powder (2,245fps and 3,300 foot pounds of energy).

Though the .50-110 Winchester isn’t a great choice for long range shooting (at least compared to modern, high velocity cartridges with spitzer bullets), the cartridge was actually originally designed as a more capable alternative to the .45-70 Government (and similar cartridges) at longer ranges. The .50-110 fired a lighter 300gr bullet nearly 300fps faster than the 405gr bullet the .45-70 used and had a correspondingly flatter trajectory. For instance, with a 200 yard zero, a bullet fired from the .45-70 would hit nearly three feet lower than a bullet fired from the .50-110 at 500 yards.

That is not to say the cartridge is easy to shoot at long range. Correct estimation of range and proper application of hold over at longer ranges were still important with the .50-110. However, with accurate range estimation and when using a high quality “tang” or “ladder” sight with precise elevation adjustments, a skilled marksman could still hit targets out past 1,000 yards using the .50-110 Winchester.

As the cartridge gradually fell by the wayside, most of the major ammunition manufacturers gradually stopped producing ammunition for the .50-110 Winchester. Therefore, factory loaded ammunition is both difficult to find and prohibitively expensive. That being said, it’s not impossible to obtain and there is occasionally some available from companies like the Grizzly Cartridge Company.

While rifles originally chambered for the .50-110 Winchester will perform best with 300gr bullets, it’s possible to use heavier bullets in rifles with custom barrels and those originally designed for the .50-100 Winchester. This opens up a whole new world of options, with 400gr, 435gr, 450gr, 500gr, and even 525gr bullets available from different companies. Using heavy bullets and modern smokeless powder, it is possible to transform the already powerful .50-110 Winchester cartridge into a deadly serious big game hunting machine.

When you compare the performance of the original black powder load (300gr bullet at 1,600fps for 1,720 foot pounds of energy) to a modern +P load produced by the Grizzly Cartridge Company (525gr bullet at 1,850fps for 3,989 foots pounds of energy), it is obvious that the modern load is a massive step up in power and capability. At least in theory, that load would allow the hunter to safely and ethically pursue virtually any species of big game in the world. However, keep in mind that high pressure loads like this one should only be used in modern firearms that are in good condition.

Even when using the original black powder load, the .50-110 Winchester is suitable for use on big game like whitetail deer, feral hogs, elk, and black bear. With modern loads and good quality bullets, the cartridge is also a great choice for the larger, tougher and more dangerous animals like moose, brown/grizzly bear, and polar bears. The heavy, slow moving bullets do not produce large amount of blood shot meat like high velocity bullets, but still punch massive holes and reliably penetrate through thick skin, sturdy muscles, and heavy bones.

In fact, the .50-110 Winchester developed such a reputation on large and dangerous animals, that it became something of a “go to” cartridge for people who expected close encounters with tough, bad tempered animals. The paragraph below was taken from Craig Boddington’s book The Perfect Shot North America, page 118, and shows what people thought of the cartridge (and of polar bears) in the early 1900s.

…He went on a voyage to Antarctica, and at one point they put in at one of the earliest explorers’ camps, finding many of the supplies still intact. Among the gear was a huge quantity of century-old ammunition, including a large quantity of .50-110 ammo, a big more, black-powder cartridge chambered to the 1886 Winchester. Why? Because early visitors to Antarctica fully expected to run into polar bear or similar big beasties. They did not know the polar bear is confined to the ice cap in the Northern Hemisphere.

As an American cartridge, the .50-110 Winchester was naturally used most often in North America. However, the cartridge has also performed well in Africa, usually when carried by visiting American hunters. For the same reason it shines when used on North American game, the .50-110 really performs well on virtually every species of plains game on the continent.

A good shooter could make use of the cartridge even in wide open areas, like the Kalahari, but shots with the cartridge’s big, slow moving bullets are much easier under the close range conditions common in the bushveld.

High pressure loads with extremely heavy bullets, such as the 525gr Grizzly Cartridge Company load described earlier, technically meet the caliber and muzzle energy requirements for hunting dangerous game in every African country. However, while they may technically be permitted, I would be very cautious about using the .50-110 Winchester on thick skinned dangerous game like buffalo and elephant.

Is the cartridge capable of killing a cape buffalo or an elephant? Absolutely.

Is it the best choice? Probably not.

I’m not saying not to use it on African dangerous game, but, just like hunting cape buffalo with a .45-70, you should really think hard about it before you try.

As an unusual and somewhat rare cartridge from a bygone age in American history, the .50-110 Winchester certainly stands apart from the pack. While it really has its limitations, the .50-110 is still a capable cartridge under the right circumstances.

11 thoughts on “The .50-110 Winchester: An Obscure, But Heavy Hitting Lever Action Cartridge”