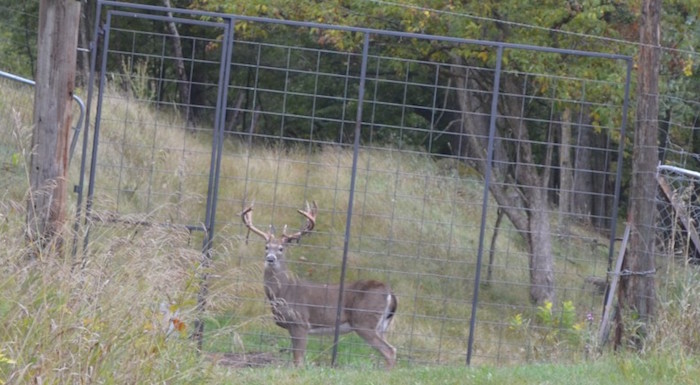 Canned shooting is a controversial and commonly misunderstood topic that is often confused with trophy hunting. While they may seem similar to the uninformed, they are actually two completely different activities. Hopefully, this article will clear up some of the misconceptions about canned shooting and show people that it is not at all related to ethical hunting.

The Boone & Crockett Club has a pretty good definition of canned shooting on their web site:

A canned shoot (sometimes erroneously referred to as a canned hunt) is the practice of pursuing and killing any big game animal kept in or released from captivity to be killed in an artificial or bogus hunting situation. In canned shoots, the game lacks the fair chance to escape, virtually assuring the shooter a certain or unrealistically favorable chance of a kill. Canned shoots are of great concern to the Boone and Crockett Club because the non-hunting public may confuse ethical fair chase hunting with canned shoots, which is a gross misconception.

Canned shooting can take many forms, but most commonly involves shooting a captive bred animal that is released into a small fenced enclosure where it may be easily shot. It may also involve shooting an animal that is under the influence of drugs, making it lethargic and easier to kill. Regardless of the actual details of the situation, canned shooting gives the “hunter” (and I use that term loosely) an almost guaranteed chance to kill an animal that has virtually no chance of escape.

It also nearly always involves shooting a very large, high scoring animal. For this reason, it is not surprising that canned shooting is often confused with trophy hunting by the uninformed. Even though they both involve targeting a particularly large specimen for its “trophy”, canned shooting and trophy hunting actually could not be more different.

This is because canned shooting is not hunting at all. While hunting does often involve the death of an animal, the actual kill is secondary to overall experience of the hunt. Jose Ortega y Gasset does a much better job of explaining it than I can in his book Meditations on Hunting, where he says:

One does not hunt in order to kill; on the contrary, one kills in order to have hunted…If one were to present the sportsman with the death of the animal as a gift he would refuse it. What he is after is having to win it, to conquer the surly brute through his own effort and skill with all the extras that this carries with it: the immersion in the countryside, the healthfulness of the exercise, the distraction from his job.

By separating the death of an animal from the hard work, the enjoyment and appreciation of nature, and everything else that makes hunting the great activity that it is, canned shooting cheapens the whole experience. Instead of putting in days, weeks, months, or even years of planning, scouting, and time afield that may (or may not) result in the shooting of an animal, canned shooting reduces the “hunt” to a simple pull of the trigger.

I want to emphasize the fact that, while virtually every instance of canned shooting takes place on a fenced property, not every hunt on a fenced property is necessarily a canned shoot. I think we can agree that shooting an animal in a 1 acre pen is clearly a case of canned shooting and that a hunt on a 100,000 acre parcel of land that happens to be fenced probably is not. Where you draw the line in between really depends on the type of animal and how it was raised, the terrain, and the manner in which the hunt is conducted.

The same goes for captive bred animals. The bottom line is that if the animal has well developed survival instincts (i.e., it is not tame) and has a reasonable chance to escape, then it is probably not a canned shoot, regardless of whether or not the property is fenced or the animal was born in captivity.

Depending on the exact circumstances of the “hunt” and where it takes place, certain types of canned shooting may actually be legal. I also wouldn’t say canned shooting is necessarily immoral either (under certain circumstances). As long as the animal is fully utilized, treated with respect, and cleanly killed, shooting a captive bred deer in a 2 acre pen isn’t much different from slaughtering a domestic cow or a pig for the table. However, it is certainly not hunting and referring to it as such degrades the meaning of hunting.

Misrepresenting canned shooting as hunting also gives anti-hunters ammunition to use against all hunters. It doesn’t take much searching to find anti-hunting propaganda on the internet showing the worst canned shoots, such as video of a person shooting a deer in a small pen as it frantically and unsuccessfully tries to escape. Then, they turn around and use those images to paint all hunters as sick, bloodthirsty killers who have fun by killing caged animals. The vast majority of non-hunters do not know any better, and when they see things like that, it’s easy to convince them that hunting is a terrible thing and that hunters are bad people.

I don’t know about you, but I don’t want to be painted with that brush. As we’ve seen recently, things can get ugly when there is a major hunting scandal, and ethical hunters, wildlife, and conservation in general all suffer from things that attract bad publicity to the hunting community. Well, canned shooting is another nasty scandal just waiting to happen.

Yes, we must stand together as hunters against the attacks by anti-hunters. However, canned shooting is not hunting and ethical hunters must clearly draw a line between fair chase hunting and canned shooting. If we do not police ourselves, outside groups that do not have the best interests of hunters in mind will step in and do it for us.

Fortunately, some hunting groups are already taking some positive steps in this direction. For instance, the Boone & Crockett and Pope & Young Clubs do not allow animals taken during canned shoots to be entered in their record books.

These are steps in the right direction, but they aren’t enough. We as hunters must make a clear distinction between canned shooting and ethical hunting. This includes taking every opportunity to educate non-hunters as well as hunters on the differences between canned shooting and fair chase hunting. It also means refusing to partake in a canned shoot, even if it means passing up the opportunity to take a monster “trophy.” Canned shooting probably isn’t going away any time soon, but we must ensure that it is never held in the same level of esteem as fair chase hunting of wild animals.

Some people are just better at explaining this stuff than others. To see what some pretty eloquent wordsmiths have to say about this subject, check out these two other articles:

33 Best Hunting Books Every Hunter Should Read In 2019

NEXT: THESE ARE THE 7 BEST DEER HUNTING CALIBERS

5 thoughts on “What Is Canned Shooting?”