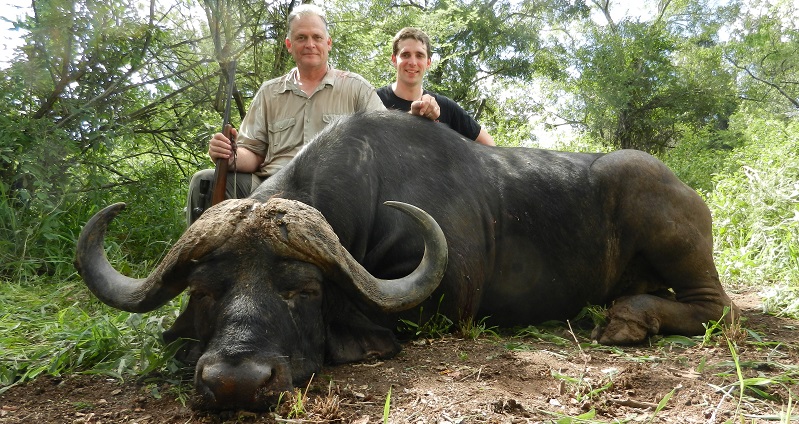 Keep reading to learn how to keep your big game hunting trip from turning into a nightmare.

The unfortunate story of Walter Palmer and Cecil the Lion changed the hunting world forever. After the details of the hunt came out, it appeared as though Palmer probably wasn’t as big of a villain as he was made out to be, but it still looks like Mr. Palmer and his guides made several avoidable mistakes that could have prevented this fiasco from happening. As a result, Mr. Palmer’s life will never be the same again

The purpose of this piece is not to attack or defend Palmer and his guides for their actions or to debate lion hunting or big game hunting in general. Instead, I’m going to talk about a couple of precautions that you can take in order to prevent your big game hunting trip from turning into a nightmare like what has happened to Walter Palmer and a few other hunters who have become famous for the wrong reasons lately.

Be Familiar With Hunting Regulations

Regardless of what you are hunting and where, you need to have at least a basic understanding of the local hunting regulations. Specific regulations on legal hunting hours, legal weapons, bag limits, etc. vary between localities. It is very possible that hunting in a certain manner is 100% legal in one area, but illegal just a few miles away.

It should go without saying, but I’ll say it anyway: understanding the regulations isn’t enough, you’ve got to follow them. You are ultimately responsible for your own actions. This does not change when you are hunting with a guide or an outfitter. As Walter Palmer is finding out right now, even though he was hunting under the guidance of a licensed Professional Hunter (who is also facing criminal charges), his life turned into an absolute mess after he killed Cecil the Lion.

Hunt With A Reputable Outfitter

Going along with the previous point, you should always do your best to hunt with a reputable outfitter or guide. If you are hunting with a stand-up guide, the odds are very low that he or she would do something illegal on a hunt, even inadvertently. Fortunately, there are a lot of good hunting outfitters out there that would not even consider doing something illegal or unethical and highly value their reputation.

The hunting industry is relatively small and word has a way of making it around if someone is doing something shady. If you catch even a whiff of something illegal or unethical being done by an outfitter that you are considering hunting with, you should seriously consider hunting with someone else. Hunting with someone who has a sterling reputation may be more expensive, but it could very well save you a lot of money and grief in the long run.

If It Seems Too Good To Be True…

You’ve heard the saying before: if it sounds too good to be true, it probably is. In the hunting world, this is normally the case when you see an incredible deal on a hunt. While this was not the case with Mr. Palmer (he paid over $50,000 for his infamous lion hunt), significantly discounted hunts are often so cheap because there is something fishy with the hunt, like being conducted in an area without a quota for that particular animal.

This does not necessarily mean that every discounted hunt means that the outfitter is doing something illegal. Last minute cancellation hunts are good examples of significantly discounted hunts that are often legal. However, if you see something that seems too good to be true, your BS radar should be alert and looking for potential trouble on the horizon.

Be Careful On Social Media

Social media outlets, like Facebook, Twitter, and Instagram, are both a blessing and a curse. They allow you to share your big game hunting experiences with your friends and family. However, they are also popular outlets for anti-hunters to attack and harass big game hunters. Unfortunately, far too many big game hunters give anti-hunters ammunition to use against them in the form of ill-advised social media posts.

The Cecil the Lion scandal is just one example in a string of incidents of Social Media being used to attack hunters. For example, Rebecca Francis was subjected to death threats and other forms of cyberbullying after Ricky Gervais attacked her on Twitter over photos with a giraffe she legally hunted in Africa.

So what can you do to protect yourself?

Unfortunately, while there are ways to reduce your exposure on social media outlets, there is no completely foolproof way to protect yourself from attacks, even if you don’t have any social media accounts.

The first thing that you need to do is understand that with the proliferation of digital cameras and social media, it is easier than ever to spread photographs. While this is often a good thing, it really makes the old adage about not taking any photos that you wouldn’t be 100% comfortable having appear on the front page of the New York Times even more true. When taking trophy photos, ensure that you are doing your utmost to be respectful to the animal in the photos and don’t take or share any photos that would embarrass you later.

Next, exercise extreme caution when sharing photos of certain animals. Photos of some animals, like the big cats (lion, leopard, mountain lion, etc.), wolves, giraffes, and elephants (just to name a few) seem provoke more virulent reactions from anti-hunters than photos of deer and elk. While there is nothing wrong with legally hunting these animals and posting photos of your hunt on social media, you should do so knowing that may set you up to be a target for attacks from anti-hunters.

Finally, don’t feed the trolls. Mark Twain said it best: Never argue with a fool, onlookers may not be able to tell the difference. Most anti-hunters engaging in harassment and personal attacks on social media aren’t interested in debating the pros and cons of hunting. Even though it may feel good, I don’t recommend engaging them in conversation, trying to reason with them, or retaliating against them.

It’s usually not worth your time and it may even further inflame the situation. Remain calm and don’t let them goad you into doing something stupid, which is exactly what they want. Instead, delete the comments in question, block or ban the offender, and move on with your life.

In this day and age, big game hunters are under a microscope from those who are opposed to hunting. For this reason, it is very important that we put our best foot forward and avoid creating situations that make hunters look bad. Following the advice presented here will go a long way towards keeping your big game hunting trip from turning into a nightmare and you’ll do good things for other hunters as well.

Enjoy this article on how to keep your big game hunting trip from turning into a nightmare? Please share it with your friends on Facebook and Twitter.

NEXT: 6 HUNTING ETHICS EVERY HUNTER SHOULD KNOW