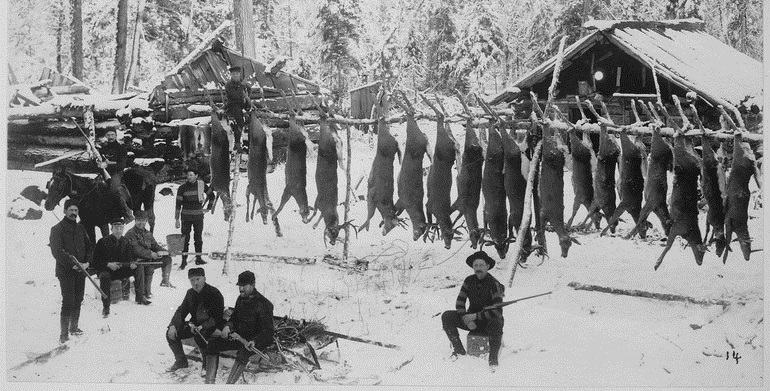 Check out this to find out how to prepare for deer season in January and February.

Right now, deer season is over (or nearly over) for the virtually every hunter in the United States. Some of us were fortunate enough to bag a deer this year. For others, well, there’s always next year. Regardless of whether or not you were successful this deer season, now is not the time to rest. Quite the contrary, scouting and preparation done in January and February can pay off significant dividends in the upcoming deer season. Continue reading to find out what you should be doing in January and February to prepare for deer season next year.

January and February are ideal times to be out in the woods scouting. It is likely that many of the places where you find deer in January and February are some of the same places that you’ll find them in November and December. This is especially true in the parts of the United States where it does not normally get extremely cold, like down south.

While scouting in the summer can help identify likely deer locations and food sources early in the hunting season, those usually do not stay the same during the entire deer season. Identifying where the deer are hanging out and what they are eating after the end of deer season can prove essential to helping you locate those same deer during the middle or end of deer season.

Scouting after hunting season is over also has the advantage of allowing you poke around in the woods without worrying about unnecessarily spooking the deer and messing up the hunting there in the near future. Don’t worry about invading any deer “sanctuaries” in your hunting area. The deer there will have all spring and summer to calm down after your intrusion. Additionally, since most of the leaves have probably fallen off the trees, visibility is will likely be much better and it will be easier to see deer trails, rub lines, and other pieces of deer sign when compared to the summer.

Immediately after the season is over is also a great time to go out and adjust your deer stand locations. Maybe the deer were primarily coming and going from a direction that you didn’t originally anticipate. Maybe the prevailing winds were not ideal for that stand location. Moving a stand 50-100 yards may be all that is necessary to turn that stand into a perfect set up.

Right after the season ends is a perfect time to do that. For one thing, moving your stands in January or February ensures that you’re doing that work when the lessons learned from the previous season still be fresh in your memory. This also gives the deer several months before deer season to get used to a new permanent stand location and forget about it.

Additionally, moving your stand right after the season also gives you a really good idea what things will look like from that stand when there aren’t many leaves on the trees. That is also a good opportunity to look at your stand from the ground and make sure the stand is properly concealed. If you set up your stand in the summer, its very possible that the location will look great at first, but that you will be silhouetted and highly visible in it after the leaves fall.

Leave Your Trail Cameras In The Woods

Leaving your trail camera in the woods for a month or two after deer season ends (or year round) can help you determine which deer survived the hunting season. Even if you shot a big buck on your hunting property the previous season, you may get photos of a younger deer who moved in to take over his territory. This knowledge can help you develop a plan (along with realistic expectations) for the next hunting season.

If legal to do so, putting out some sort of supplemental feed is a great idea during the lean months immediately following the end of deer season. If used in conjunction with a trail camera, it can help you get even more good photos of the deer in the area. If winter is especially hard, the calories provided by supplemental feeding can help increase survival rates during the winter, thus improving your odds for success during the following hunting seasons.

There is virtually always something that a serious deer hunter can be doing in order to help increase his or her odds of success for the following season. This is even more important when hunting on a new piece of property, especially on public land. So good luck, and get back out in the woods and start preparing for next year!

NEXT: THESE ARE THE BEST MILITARY SURPLUS RIFLES FOR HUNTERS