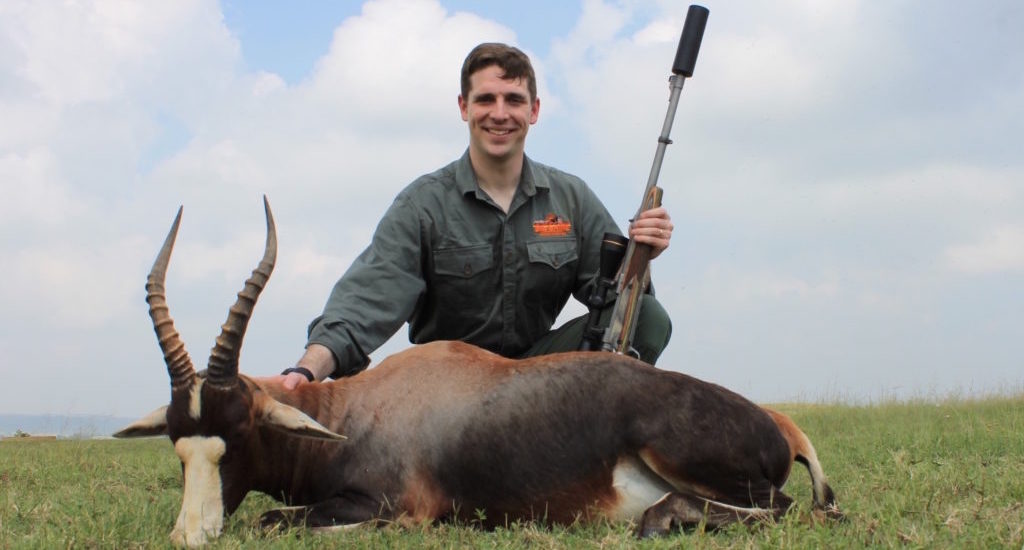 Keep reading to learn about the Hearing Protection Act of 2015 and why you should support it.

Introduced by Representative Matt Salmon (R-AZ) in October 2015, H.R. 3799, better known as the Hearing Protection Act of 2015, is a bill that could completely revolutionize life for hunters and shooters in the United States. Read on to learn all about the Hearing Protection Act of 2015 and why you should urge your elected representatives to support it.

What Is The Hearing Protection Act of 2015?

You can read the full text of the bill here, but put simply, the Hearing Protection Act of 2015 would remove suppressors from regulation under the National Firearms Act of 1934 and would treat suppressors just like rifles and shotguns. Specifically, this bill would allow people to purchase a suppressor after simply passing an instant NICS background check. This is in stark comparison to the current system of having to pay a $200 transfer tax, send in an application to the ATF, get permission from a local chief law enforcement officer, and potentially wait for months for approval to purchase a suppressor.

The Hearing Protection Act of 2015 also has a neat provision which would refund the $200 transfer fee to those who purchase a suppressor after 22 October 2015, but before the law goes into effect. Last, but not least, the bill also prohibits states or other local jurisdictions from imposing their own tax or registration requirement for a person to purchase, manufacture, or transfer a suppressor.

The subject of suppressors is actually an area where many countries in Europe and Africa, which generally have very strict gun regulations, have more reasonable laws than the United States. It may be a lot tougher to buy a rifle in South Africa or the United Kingdom when compared to the United States, but buying a suppressor there is much less complicated than in the United States. For this reason, it is not unusual at all for people to hunt with suppressed rifles in those countries. If the Hearing Conservation Act of 2015 ends up becoming a law, it would actually put our laws regarding suppressors much more in line with the rest of the world (which, in this case, would be a good thing).

Why You Should Support The Hearing Protection Act of 2015

Contrary to what Hollywood would have you believe, suppressors do not completely silence the report of a gun (hence the name suppressor instead of silencer). Nor are they commonly used by criminals.

However, a good suppressor will significantly reduce the noise of a gunshot by 20-40 decibels. This is about the same reduction in noise provided by most types of hearing protection. In addition to benefiting the people actually on the range, using suppressors can also make life much quieter for those who live near shooting ranges.

As good as this is for the average shooter, the reduction in noise provided by a suppressor is even better for hunters. When using a suppressor, a hunter doesn’t have to worry about wearing ear protection in the field. Not only does this make it easier to hear game moving, but it also makes it easier to communicate with other hunters.

Using a suppressor when hunting also makes it easier to shoot without scaring animals in the area as much. This makes suppressors a great choice for hunters pursuing heavily pressured animals or doing pest eradication work (like with hogs) where it may be necessary to shoot several different animals out of a single herd.

Another underrated benefit of suppressors is the fact that they can also reduce the muzzle blast and recoil produced by a firearm. While that’s less important with a rifle chambered in something like .22 Long Rifle, it’s a really big deal for a rifle chambered in a cartridge like .300 Win Mag.

Clearly, this can make a suppressor equipped firearm much more pleasant to shoot. For this reason, this makes suppressors a great way to introduce new hunters to the sport without having to worry as much about how they deal with recoil or muzzle blast.

Finally, if the Hearing Protection Act of 2015 were to eventually become a law, it would also help significantly reduce the average cost of a suppressor. Along with the complicated and burdensome regulations that currently accompany getting one, the fact that a good suppressor can cost a pretty penny is a major factor that keeps many shooters and hunters from owning one. The high price of a suppressor is due in large part to the fact that the market for them is so small and exclusive. It’s a good bet that a number of other companies would join the suppressor market if the Hearing Protection Act became law and suppressor prices would soon come down (which would be a great gift for a hunter on your shopping list).

As you can see, there are many good reasons to support the Hearing Conservation Act of 2015. Contact your representatives in Washington D.C. today and urge them to vote for H.R. 3799 or the companion piece of legislation in the Senate: S. 2236.

NEXT: THESE ARE THE 9 BEST DEER HUNTING CALIBERS