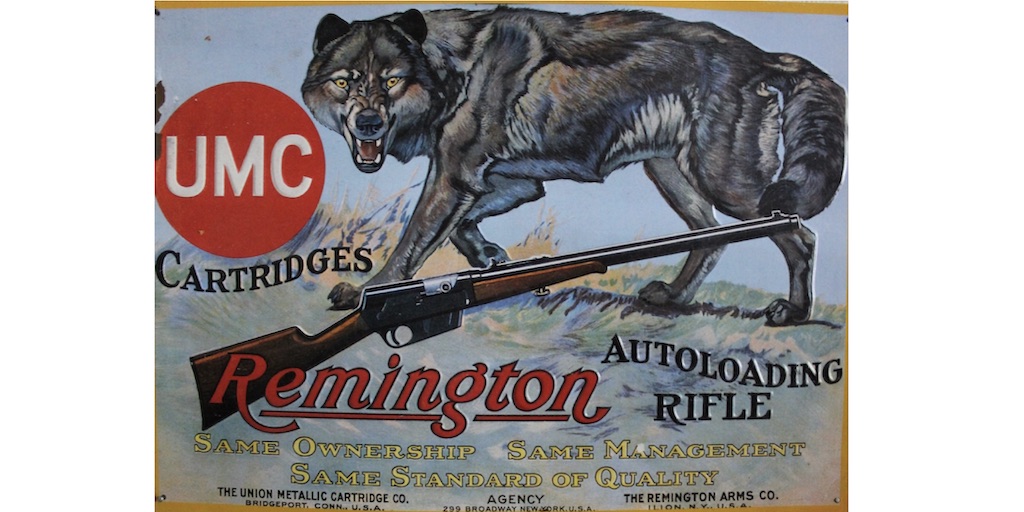 Few hunters these days really understand the capabilities of the .35 Remington. Here’s what you need to know about hunting with the 35 Rem today.

While the .35 Remington was extremely popular when first introduced in the early 1900s, the cartridge has fallen out of mainstream use in recent years. A loyal segment of hunters and shooters still use the cartridge, but most other hunters pass by the .35 Remington in favor of modern cartridges with more impressive ballistics on paper.

In my opinion, that is a big mistake.

The .35 Remington initially found favor among hunters seeking a good “brush bullet” and many deer, bear, elk, and even moose have fallen to the .35 Remington over the years. Don’t be fooled by it’s somewhat anemic looking ballistics on paper when compared to newer cartridges sporting fancy pointed tips and blazing fast velocities.

Those same characteristics that made the .35 Remington such an effective choice on really large animals during the 20th Century still ring true today. It never has been and never will be a good long range cartridge, but if anything, modern loadings using high quality bullets have further improved the performance of the .35 Remington on big game at short to moderate range.

In this article, I’m going to conduct a detailed analysis of the .35 Remington in an effort to cut through some of the myths and misunderstandings out there regarding the capabilities of the cartridge so you can make an informed decision regarding whether or not you should hunt with one.

Before we get started, I have an administrative note: Some of the links below are affiliate links. This means I will earn a small commission (at no extra cost to you) if you make a purchase. This helps support the blog and allows me to continue to create free content that’s useful to hunters like yourself. Thanks for your support.

Be sure to hit that “Subscribe” button in your podcast player!

Of the four rifle cartridges introduced with the Remington Model 8, the .35 Remington was by far the most popular and is the only one still in production.

Since it had no competitor at the time, and since it filled an important “medium bore” niche, the .35 Remington quickly caught on with hunters in the United States. The original load of the cartridge propelled a 200 grain, .35 caliber, bullet at just under 2,100 feet per second.

The original .35 Remington load generated over 1,900 foot pounds of energy and quickly became a favorite among American hunters.

Particularly when used in a high quality rifle, the .35 Remington is capable of pretty darn good accuracy and I’ve shot many nice groups with an off the shelf Remington Model 81. However, the biggest shortcoming in the cartridge is limited effective range.

Even when using loads on the upper end of the performance envelope for the cartridge, the .35 Remington still has a relatively slow velocity and low ballistic coefficient. As a result, the cartridge does not have a very flat trajectory.

Realistically, the maximum effective range for the .35 Remington for most shooters is 200 yards. Depending on the load, 150 yards may be a better estimate.

So, in recognition of both the strengths and weaknesses of the cartridge, the .35 Remington gained a good reputation among American hunters seeking an effective “woods cartridge” for pursuing game in areas where shots inside 100 yards were the norm.

The .35 Remington was extremely effective in that role.

Remington marketed the cartridge as a superior alternative to another extremely popular cartridge that excelled under those same circumstances: the venerable .30-30 Winchester.

These seemingly small differences added up to a significant difference in power and effectiveness on game between the two cartridges. In particular, the .35 Remington offers a marked advantage over the .30-30 Winchester when hunting very large, tough, and/or dangerous game like moose and grizzly bear.

Remington made great efforts to promote the power of the .35 Remington by featuring the cartridge, along with their revolutionary new semi-automatic rifle, in many advertisements during the first half of the 20th Century. These advertisements typically featured hunters fearlessly facing down wolves and grizzly bears with their trusty Remington Auto-Loading Rifle chambered in the potent .35 Remington cartridge.

Other Remington posters publicized the ability of the cartridge to penetrate a 5/16″ of steel plate, a feat the .30-30 Winchester could not match.

Remington, Winchester, Federal, Hornady, and Buffalo Bore, among others, currently offer a handful of different .35 Remington ammo options. The most common load is a 200gr round nose soft point traveling between 2,000 and 2,100 feet per second.

For those interested in wringing out all of the power available in the .35 Remington, there are a couple of other .35 Remington ammunition options besides the standard 200gr soft point loads listed above. For instance, Remington also sells 150gr load that produces velocities around 2,300 feet per second.

Hornady also produces their “LEVERevolution” line of ammunition, which uses their Flex Tip Expanding (FTX) bullet. The FTX bullet has a pointed, flexible, polymer tip that has a higher ballistic coefficient than the flat tipped or round nose bullets the cartridge normally uses.

LEVERevolution bullets, unlike most bullets with pointed tips, are also safe to use in rifles that have tubular magazines (like the Marlin 336). The 200 grain bullet has an advertised muzzle velocity of 2,225 feet per second and a muzzle energy of 2,198 foot pounds.

This is a very stout load for the .35 Remington.

Both of these .35 Remington ammo choices offer slight improvements over typical factory loads. However, they are high pressure loads and should only be used in modern firearms, such as the Marlin 336, that are in good condition.

In addition to the semi-auto Remington Model 8 and 81, Remington also produced the Model 14 pump-action rifle chambered in the cartridge. A very small number of Winchester’s legendary bolt-action pre-64 Model 70 rifles were manufactured in .35 Remington as well.

However, the most popular rifle chambered in .35 Remington is the Marlin Model 336 lever-action rifle.

At this time, Henry and Marlin are the only two companies I’m aware of that produce new rifles in the cartridge.

What Can You Hunt Using The .35 Remington?

Even when using the standard factory loads, the .35 Remington is an outstanding round for use on medium sized game such as whitetail deer, feral hogs, and black bear at short ranges. At ranges less than 100 yards, like when hunting whitetail deer or black bear in thick cover, the cartridge excels and is absolutely deadly on big game.

The heavy, slow moving bullets deliver bone crushing power and do not produce large amounts of ruined, blood shot meat that high velocity cartridges do. Additionally, the .35 Remington will perform adequately on larger game such as elk, grizzly bear, brown bear and moose.

It’s even more effective when using some of the hotter loads (like those from Buffalo Bore) available on the market.

When hunters there really need to make a rapid shot and anchor their game quickly, they can rely on a Marlin 336 chambered in .35 Remington. Because of its power and versatility, many generations of hunters from states as varied as Maine, North Carolina, Texas, and Georgia have successfully hunted deer, moose, bear, and hogs (like the one in the photo below) with the .35 Remington.

For a more detailed discussion on .35 Remington hunting ammunition, read this article:

Another interesting tidbit about the .35 Remington is the alleged use of a Remington Model 8 chambered in the cartridge by legendary Texas Ranger Frank Hamer in the final ambush that killed Bonnie & Clyde in 1934. However, historians are conflicted on the subject and there are several different stories about what rifle Hamer actually used.

We’ll probably never really know for sure, but it is certainly possible that he used a Remington Model 8 in the famous shootout, though it very likely did not have an extended magazine (as alleged by some sources).

Even though it does not sport the sexy pointed bullets and high velocities of some of the more popular cartridges on the market today, the .35 Remington still maintains a healthy following among American hunters. It is true that the cartridge has its limitations, but used under the right circumstances, it is an outstanding choice. If we’re being honest with ourselves, the majority of American hunters, especially in the south and northeast, will take only a handful of shots at big game at ranges past 100 yards in their lifetime. For those close range shots, the trusty old .35 Remington has few equals.

Are you just itching to take a rifle chambered in .35 Remington on a hunt?

If you’d like to read a more detailed discussion on a couple of other .35 caliber cartridges, read the articles below:

America’s “Other Levergun” by Glen E. Fryxell, The Great Model 8 & 81 by Richard Jones, Bullet Frontal Area List, by Chuck Hawks, and the Lyman 50th Edition (p309-310) and Hornady 10th Edition (p682-683) reloading manuals were used as references for this article.

62 thoughts on “.35 Remington: Ultimate Guide To What You Need To Know”